Before we get started I just wanted to thank everyone for their support! Micah Fraim, CPA won Platinum in the Roanoker’s “Best of” awards – beating out every other CPA firm in town. This is especially encouraging because my firm is small by design and some of the other firms in town have 30 employees or more. It’s a real testament to the relationship I have with each one of my clients. You are all awesome! 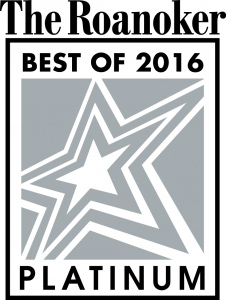 A CPA’s Perspective on: Insurance Agents

Before the rush of tax season (whew!) I wrote a short article talking about my failure in referrals by not asking:  “Are you happy with your ______?” As noted, there are just too many fantastic people in every profession for you to not be genuinely happy with and wowed by each and every one of the people from who your receive services. So to help make up for not talking about it enough over the past few years, I promised a series of articles asking that very question and talking about what you should look for from various professions.

This is true for any profession, but I’ve determined that you will find the worst offenders among CPAs, insurance agents, and financial advisors. (And don’t get me started on the banks who try to be all of the above and more sometimes.) We end up trying to get into each other’s businesses. There are CPAs who try to be part-time financial advisors and also sell insurance on the side. And they end up being terrible at all three. The same is true with insurance agents who want to dabble in investments or tackle taxes. There are way too many people out there trying to get their hands into everything.

The old saying is “jack of all trades, master of none.”

So as regards whomever you work with, make sure that the insurance coverage they are providing you for is within their primary focus and core competencies. The three industries above are far too complex to be a part-timer in any of them. And some insurance situations are so complex that a superior agent should be an expert in that type of insurance specifically (life, property and casualty, health, etc.)

I remember an interview with Elon Musk (Tesla Motors) where he talked about how he can tell if job candidates are lying about their experience. He will ask them about their process of solving a particular problem. He said that if someone was really the one who solved the problem, they will be able to answer it on multiple levels and at various points in the process. If they’re lying, they get stuck.

The same is true when talking to your insurance agent. “What happens when ____?” Ask them variations of the question. If they really handle that type of insurance on a day-to-day basis, they’ll have no problem. If they waver, you probably need to look elsewhere.

A good and honest insurance agent is going to be looking out for your best interests. They will sell you exactly what you need – no more and no less. And while any decent salesperson will follow up, hard selling and pressure should be a red flag. It at least raises a question as to their motivation. Are they selling this product to you because you need it? Or because they need the commission?

This could be said of many industries, but especially for ones with low barriers to entry (and high failure rates) like insurance. Being a truly great insurance agent takes a tremendous amount of expertise and skill. However, just passing the licensing exams and being able to call yourself an insurance agent takes very little.

If overly aggressive selling occurs, consider getting a second opinion to see if you really need the coverage being sold.

Captive agents are insurance agents who work for State Farm, Allstate, etc. They work exclusively with that carrier and its affiliates (unless their company is not able to offer a policy, in which case they can often write policies from other carriers).

Non-captive agents are not affiliated with any one company and are able to offer options from a wide range of insurance companies and carriers.

I’m a recovering self-service purchaser of insurance.  For years I chose my own insurance policies online. Like people who prepare their taxes on TurboTax, I chose insurance coverage that seemed okay and just hoped everything was alright. Then I got a real live professional agent to take a look at my stuff and found that I had some significant gaps in my coverage. A few hours later (and for about the same money) I was appropriately insured.

There are a lot of caveats to insurance, so assistance is often needed. And you don’t even pay for an agent – the insurance company does. With that being the case, we don’t have any excuse not to get someone to handle it for us.

And if you happen to like GEICO, Progressive, or another one of the internet companies – there are agents who can help you those too. Regardless of the carrier you prefer, there is an agent somewhere you can represent you.

Do you love your insurance agent? If not, give me a shout. I have some great people you need to get in touch with! (And I do not “have a dog in this fight.” I get nothing from introducing you to them – other than the satisfaction of knowing that you are getting treated well and professionally, and that and insurance pro is being rewarded by getting the business instead of someone who is potentially incompetent or worse.)