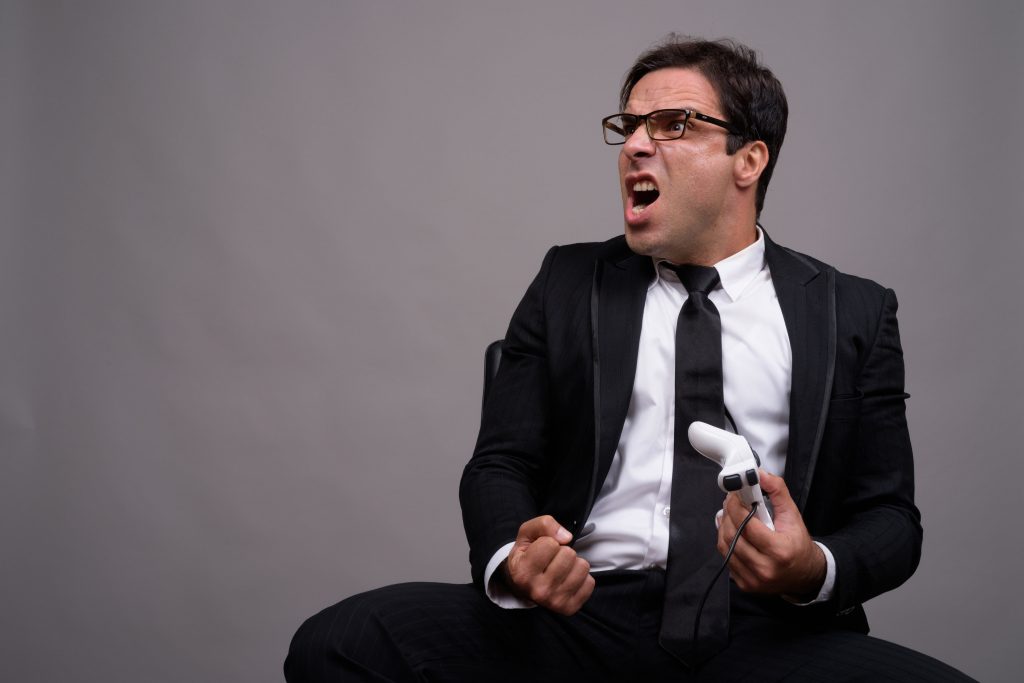 There’s a term in competitive gaming called “Elo hell”. The phrase comes from the Elo ranking system, which was originally created for chess matches in an attempt to match players of similar skillsets to play against each other. The ranking system has since been used by participants in board games, sports leagues, and a number of other competitive activities.

In online multiplayer videogames, the game uses the Elo system in the same way: trying to link up players with other players of similar skill. However, players often complain about “Elo hell” – voicing frustration about issues they perceive to be caused by the Elo system. They claim that the system is unfair or flawed. It matches them with players as teammates who are poor quality and the opposing team got the better players. The issues make it harder or impossible for the player to climb the game’s rankings – and it’s all the matchmaking system’s fault.

According to the player, at least.

Realistically, what is usually happening is that the player has reached the top of the bell curve. They have played enough to become reasonably skilled/competent, but are not talented enough to ascend any further. In other words, they’re average.

This leads to a lot of frustration, rage quits, and denial. “I’m good at this game. I was winning games like crazy when I first started – I climbed from the bottom straight to the dead middle of the rankings boards! My losing now has to be the game’s fault! It can’t be me!”

Could we be doing the same thing in our businesses?

It is always interesting to me the number of entrepreneurs who grow very successfully in their first few years in business and then just…stall out. They never really progress past the level they achieved early on.

And there’s always a supposed reason for it. They’ll blame their staff and the inability to attract/retain good employees. They talk about issues they have with existing customers or how they lost a big client. They may have had personal issues they had to deal with that did not allow them to properly manage the business. They might even say they just keep having bad luck.

And of course, some of the reasons they state are legitimate. It’s not as if they’re just fabricating misfortune. But even as regards the many real challenges that they face, these are not insurmountable. There are solutions to them; the entrepreneur just hasn’t found them.

In the short-term, we can excuse this lack of progress as temporary. But when we see the same lack of progress year after year, the owner’s having reached an ability/competence cap in certain areas is (likely) what is manifesting itself rather than external factors.

That’s fine – it’s perfectly natural. None of us are without faults and we all have limitations. Our own strengths and weaknesses. At various points we have all hit a ceiling above which we can’t take the business with our current ability and approach. The problem is that most people are in denial about this and refuse to take action. They feel they are in the “Elo hell” of business – the matchmaking system just stacking the deck against them.

Thankfully, if that mindset is changed the fix is simple. Once our limitations and the problem areas in our business are recognized and acknowledged, we simply have to act to correct them. The exact approach varies based on the person and the problem. It could be additional training that the owner receives, outside coaches or consultants working directly with the team, systems that are developed internally, etc.

But whatever the approach, if we realize that the issues are within our control and we work to fix them, there will be improvement and our businesses will start to grow again. If we just shout into the wind about how unfair life is, we’ll stay exactly where we are.

You are to be forgiven if when you saw “elo” you thought of ELO (Electric Light Orchestra). After all, the band had some great classic songs. Also, I saw a recent concert on TV not long ago and was amazed how good Jeff Lynne still sounds. So, with ELO (the band) in mind:

As you read the article above about entrepreneurs (maybe even you) getting kind of stuck in business, maybe you were thinking “Hey Micah, DON’T BRING ME DOWN.” To which I would respond that I’m always thinking about ways to help your business. In fact I CAN’T GET IT OUTTA MY HEAD. Seriously, I just want you to HOLD ON TIGHT TO YOUR DREAM.

(And I didn’t even include my favorite Electric Light Orchestra song there. Hit me up to ask what it is.)

Also, the first three people to correctly answer the following question will win an iTunes download of an ELO Greatest Hits album (which does include my favorite ELO song, in case you were worrying.)

What was the name of the Grammy-winning supergroup side project band that Jeff Lynne of ELO was a member of?

No One Cares About You or Your Mission